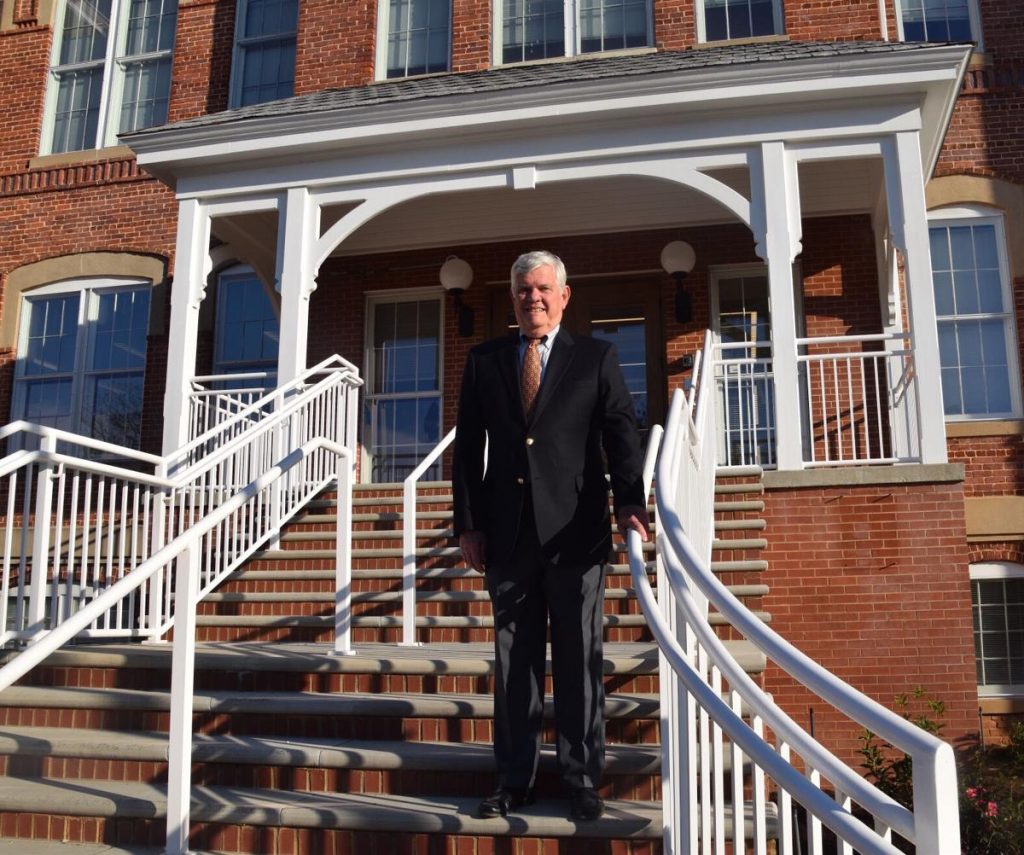 Since he moved to Aiken in 2000, Bill Reynolds has become known for his can-do attitude, especially when it comes to tackling big projects that benefit the community.

In 2010, he was the Aiken Standard Person of the Year, primarily for serving as the chairman of Celebrate Aiken!, a yearlong series of events to observe the city’s 175th birthday.

Reynolds also is this newspaper’s Person of the Year for 2021 because of his leadership in the renovation and modernization of the Aiken County Public Library.

As the president of the Friends of the Aiken County Public Library, Reynolds has spearheaded a massive and expensive effort.

As a result, the information and media center on Chesterfield Street has more open space inside and is more brightly lighted.

In addition, it is more technology-friendly.

By early January 2022, the project will be 99% complete, Reynolds said.

Reynolds played an important role in establishing a public-private partnership with Aiken County government to pay for the refurbishment.

Aiken County agreed to provide $2 from Capital Project Sales Tax funds for every dollar the Friends of the Library contributed.

As of this month, the total cost stands at around $3 million.

Reynolds also was instrumental in putting together a Friends of the Library capital campaign that exceeded its $500,000 goal and supplemented a generous bequest that the organization had received.

“The satisfaction for me is giving Aiken something that they badly needed that will really help families and improve the quality of life,” Reynolds said. “Also what I liked about doing this was working with an incredible team of people. Everybody believed in the outcome of what we were trying to do.”

The library is located in a brick building that has two wings. The first was completed in 1891 and the second was added in 1913.

It had been 30 or so years since any major improvements had been made to the library’s part of the structure.

McMillan Pazdan Smith was the architect for the makeover, and J.E. Stewart Builders Inc. was the contractor.

“If all joint projects worked this well, they would become the standard instead of the exception,” Aiken County Council Chairman Gary Bunker said. “It really has been a fantastic process.”

He gave Reynolds much of the credit for that.

“He brought in a lot of managerial expertise,” Bunker said. “He is a good combination of being both a driver and conciliatory. A lot of times people that are drivers tend to alienate people. Bill as a driver has really been pushing it, but he also has been able to really bring people together.”

Prior to becoming an Aiken resident, Reynolds worked for Proctor & Gamble for 32 years.

When he retired in 1996, he was the disposable diaper category sales manager.

Reynolds said he has relied on the training he received from that company when taking command of projects here.

In addition to his involvement in Celebrate Aiken! and the library renovation, Reynolds was the chairman of the steering committee for Horse Play, which raised approximately $250,000 for scholarships for children and the elderly at the Aiken Center for the Arts.

Life-size fiberglass horses, which had been decorated by artists, were sold during a 2004 gala ball and auction that nearly 600 people attended.

Merchandise related to the horses also was available for purchase.

Reynolds teamed up with Anne Campbell, who came up with the idea for Horse Play, to make that fundraising endeavor successful.

They worked together again on the 2015 Buckaroo Ball, which generated funds to support the Saratoga WarHorse Foundation, a nonprofit that provides military veterans and service members with emotional issues the opportunity to interact and bond with former thoroughbred racehorses.

In addition, Reynolds has held various leadership positions with the Aiken Center for the Arts and the Friends of Hopelands and Rye Patch.

He played key roles in establishing endowments for those nonprofits.

Reynolds also chaired a $1.5-million capital campaign that paid for the refurbishment of the Center of the Arts building’s second floor.

For 10 years, Reynolds was a member of Aiken Planning Commission, and for five years, he served as the panel’s chairman.